Farewell but not Forgotten

A strange thing happens as we begin to change. 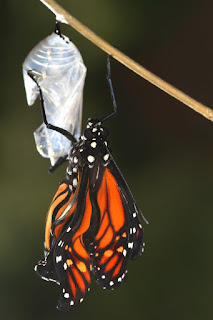 Recently, I made the decision to sever a friendship that had existed in my life for more than twenty years. I met someone at a time when I was really vulnerable and despondent. That person was an angel in disguise for me, and helped me to develop confidence in myself. The person I knew then was sweet, gentle, caring, and kind. Over time, though, things have changed. The person I know now is cynical, bitter, and undoubtedly different. In fact, both of us have evolved from who we were back then. I find that neither of us truly enjoys each other's company anymore. Instead, we've just been sort of going through the motions in order to maintain the familiarity of the relationship. Doing just enough to maintain contact. But, neither of us are fulfilled.


Last night, while watching the latest episode of "This is Us", I saw this situation illustrated perfectly. Jack told his wife that he loved her. She retorted, "What do you love about me? About the me that I am RIGHT NOW. Not the me that I was when we first met."  He struggled to answer the question. Because, truthfully, he had been saying "I love you" more out of habit than out of the truth in those words. 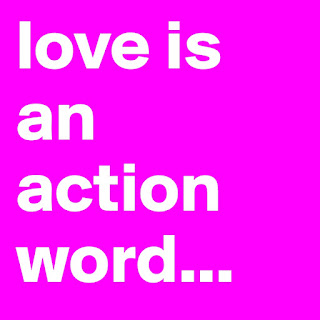 The shift can happen for a number of reasons. Maybe we enjoyed a person's vulnerability but are not as in love with their confidence. Or maybe the relationship saw one person as provider and one as recipient. When those tables get turned, it can be a game changer. But, whatever the reason, once the relationship changes we owe it to ourselves to face it. Often times we say "I love you". But without any action behind it, the words are empty. Loving someone requires effort and movement. You have to demonstrate it, not just mouth the words. Anything else is just lip service.

The problem with walking away from relationships where love no longer exists - well, the problem for me, at least - is the concern over being perceived as unappreciative. As if by ending an empty relationship it negates all the years when love did exist. What if I am perceived as being ungrateful or disloyal? What will people say? But, these types of questions can force us to remain emotional hostages! They make us slaves to other people's thoughts and opinions. We should never remain in relationships solely out of obligation to some standard of loyalty. Life is too short for that.

Often, as we rise in our lives, we're plagued by guilt over the people and things we're forced to leave behind.

As I've said before, people come into our lives for a reason, a season, or for a lifetime. And it ain't always what we think it is. Some who we thought were "lifers" are actually seasonal. I'm learning to go with the flow, and to trust that God's plan is more perfect than my own. I'm learning to view people's actions far more than their words. People say a whole lot. But, I watch what they do. And when they don't match up, I'm accepting the truth in that - even when it hurts.

More importantly, as I grow, mature, and evolve, I'm making room for more meaningful relationships with real love.  And in order to make room for new things, we have to get rid of the old sometimes. But, saying farewell doesn't mean forgetting the past.

Recently, at a friend's party I ran into an old friend from back in the day. We grew up together in the projects - a place that is very gritty and void of much glitz or glamour. As we chatted together - now as adults with children, grandchildren, and a whole bunch of life experience under our belts - I caught him frowning at me. Turns out he was offended by my use of the phrase "clutching my pearls". I had used it to illustrate my surprise at something. But, he seemed utterly disgusted. "Clutching your pearls?" he repeated, mockingly. "Ain't you from the projects?"

Of course I am. That's where I grew up, and it will forever be woven into the fabric of who I am. But, does that mean that I am forever confined to the vernacular and mannerisms of the projects? Does growing up mean selling out? Is it a crime to move forward, to mature and add new layers to ourselves? I smiled and assured him that I am certainly from the projects. But that's not the totality of who I am. I'm also a wordsmith, a lover of colorful phrases, and a woman who is constantly growing. After the shock wore off, I realized that there will always be people who are offended by your evolution. People who want to hold you to who you were when they met you. People who can't watch you move forward without reminding you where you started. Especially if where you started was at the bottom. And that's cool. The bottom is a great place to start. The problem comes when you are content to stay there.

Saying farewell - whether it be to an old friend or to an old neighborhood - doesn't mean forgetting where you came from. We can walk away and still carry the history. People and things can be gone but not forgotten. The lessons learned, the laughter shared, and the memories made remain. Even after the love has gone.

And that, to me, is better than just going through the motions. Posted by TracyBrown at 4:00 PM