Side-Eye of the Week

This week's side-eye is being given to the folks who are foolishly obsessed with Olympic gold medalist Gabby Douglas' hair. 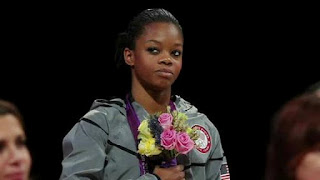 This beautiful sixteen-year-old young lady made HISTORY as the first African-American gymnast to win all around GOLD at the Olympics. Her mom and sister watched from the stands as she catapulted into the history books and into the hearts of people all over the world. Her hard work paid off. Her determination and faith in God brought her to one triumphant victory after another. She has grace, style, and a megawatt smile. She is intelligent, humble, and a true team player. She has graced the covers of Time and Sports Illustrated. She has received accolades from President Barack Obama. Yet, a few ignorant people attempted to overshadow her success and stir up controversy by commenting repeatedly on the child's hair.


“I love how she’s doing her thing and winning. But I just hate the way her hair looks."

"With all those pins and gel ... I wish someone could have helped her make it look better since she’s being seen all over the world."

"She representing for black women everywhere.’’ (Apparently this particular critic was so busy worrying about Gabby's hair that he/she didn't bother to learn the basics of grammar, such as the proper use of an apostrophe.)

"I know every black female looked at Gabby Douglas' hair and asked Why? Just why?"

Actually, no, we didn't. Only a few foolish ones bothered to pay attention to such a trivial detail. 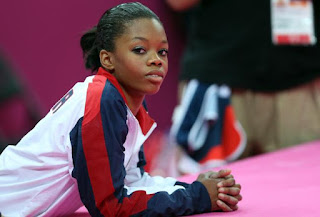 The rest of us were too busy rejoicing over her victory. We cried tears of joy as she brought her opponents from Russia to their knees with her floor exercise, her pole vault, and her performance on the uneven bars. Only those who were searching for something, anything negative to say were preoccupied with the appearance of her hair. 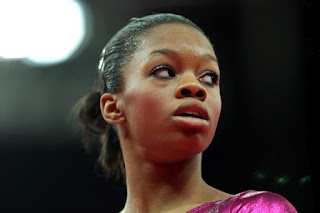 We were too busy noticing the pride in little brown girls' eyes as they saw someone who looks just like them making history. We were too busy cheering and jumping up and down to pay attention to her hair. And Gabrielle was too busy WINNING to pay them any mind. 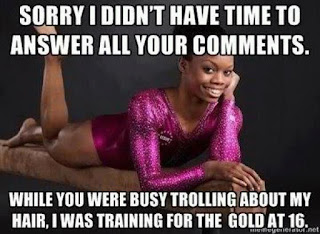 Sometimes people make me sick with their preoccupation with such stupidity. It seems that no matter how hard you work, no matter what victories you've won, there are always some folks on the sidelines complaining about how you should have done it, what you should have been wearing. Instead of stepping off of their soapboxes and doing something groundbreaking with their own lives, they find it easier to sit around and judge those of us who are actually DOING SOMETHING. 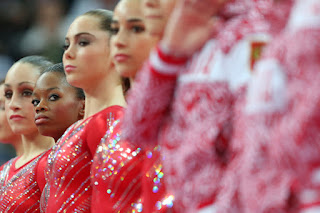 Side-eye, indeed, Gabby. To those haters who took the time to criticize her hair, this week's distinction is yours.

The rest of us choose not to dwell on such ridiculous topics. We're truly inspired by this young lady's perseverance, her profession of her faith in God, and her grace under pressure. 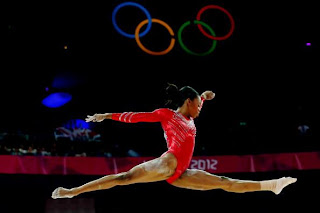 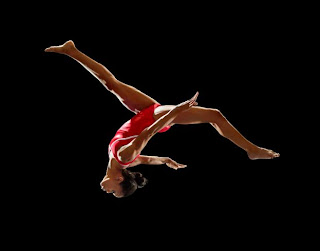