Have you ever heard of altitude sickness? It's a side effect of mountain climbing. As altitude increases, the number of oxygen molecules per breath are reduced. The higher you climb, the body must adapt to having less oxygen. For some people, this adjustment is easy. For others, it's not and it can cause extreme sickness, especially if the rate of ascension is rapid. Those who don't adapt well can experience severe headaches, nausea, shortness of breath, the inability to walk, even a decreased mental status. 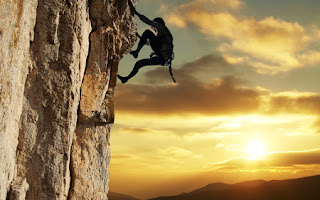 There's a similarity between the effects of altitude sickness on mountain climbers and the symptoms often experienced by those who are close to you as you climb the ladder of success in your life. 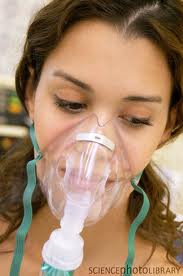 Sometimes, as you climb higher in your life, in your career, in your spiritual growth, etc., the people around you adapt easily. They have no problem accompanying you on your journey. Those are the ones who are equipped for the climb. They don't experience negative changes as a result of their exposure to the heights you're reaching, no matter how long it takes or how quickly it happens. Either way, they're with you.

There are, however, some who experience a loss of oxygen as they try to make the climb with you. The higher you get in your life, the harder it is for them to function normally. They change. Your success gives them a headache. It makes them sick. They can't stand it. And in their decreased mental state, they may even lash out at you. Those people are not meant to make the climb with you. Particularly if your climb to the top is a rapid ascension, they just can't seem to catch their breath. These folks are not meant to go the distance with you. You must leave them behind. 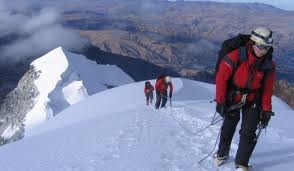 Believe it or not, having to leave behind your friends or family as you move closer to your destiny is not an easy thing. In a perfect world, the same people who were in your inner circle before you embarked on your journey would remain there when you reach your peak. Unfortunately, this is not a perfect world. And, if you expect to be successful in your attempt to reach your goal, you have to make the tough decision to leave some folks back there where you started.

I used to fight this with all my might. I really did. I even resorted to downplaying my success in an attempt to remain "the same" to my friends and family. I wanted to be viewed through the same lenses that I always had been. I never wanted anyone to accuse me of "changing", "acting brand new", or "forgetting where I came from".  It took a girlfriend of mine to change my way of thinking.

A few years ago, I became friends with a woman named Paulette. She met me at my day job and the two of us hit it off. Through the grapevine, she heard that I was a writer. She assumed that I had perhaps self-published one book or that I had not gotten very far in my writing career. She "Googled" me and saw that at that point I had written four novels, that I was with a reputable publishing company, and had even graced a few bestsellers lists. She immediately pulled me to the side.

I laughed it off, and told her that I didn't feel that I needed to put on airs or act superior just because I had achieved success as a writer. She shook her head and corrected me. "Nobody's saying that you have to walk around like your $#it don't stink," she said. "But you MUST embrace the blessings God gave you. He didn't bless you like this so that you could walk around and blend in. You gotta SHINE! Otherwise, He might as well bless somebody else."

It took me a LONG TIME to get what she was trying to say. I had confused my desire to remain humble with a need to downplay my accomplishments. My desire to keep certain friends was causing me to actually hold myself back from reaching my full potential. How could I continue to "dream big", as my mantra goes, while playing small in order to appease those around me? 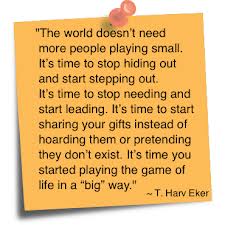 I was playing myself. There's a big difference between being conceited about what you've got, and being grateful enough for it that you celebrate it and allow it motivate you and to push you further. When we play down our achievements, we miss an opportunity to bear witness to the greatness God has exhibited in our lives. We block not only our own blessings, but potentially the blessings of others.

Surrounding myself with those who were losing oxygen with every step I took on my climb upward was working against me in a major way.

There's a line in an old Alexander O'Neal/Cherelle song that goes, "Life goes on and people grow out of things that fit before."  I have learned over the years that those "things" include homes, jobs, clothes, shoes, even friends...sometimes even family.

People give each other a hard time about changing. When you experience growth, there are some who are so uncomfortable with it that they hate you for it. Your growth makes them feel stagnant. Instead of being positively influenced by your upward mobility, they are intimidated by and jealous of it. They try, and often succeed, at making you feel guilty because of it. And this causes many of us to stunt our own growth. 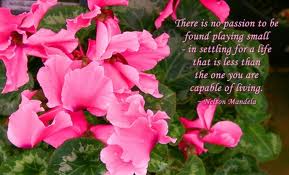 I stopped allowing other people's altitude sickness to prevent me from ascending. There is a destiny that awaits me that is bigger and higher than I ever imagined. I accept now that everyone isn't meant to make the climb with me. I'm cool with that. And I trust that God will fill my life with those who won't lose oxygen as they take the journey with me. But I am determined to make it to the top, to allow my blessings to take me to the highest heights, no matter what! 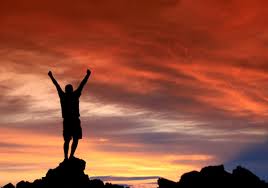