I'm not very sentimental or emotional. Perhaps that's a result of being very close to the men in my life, particularly my father. Or maybe it's because many of my closest friends have been male. It could be the result of being a single mom, and having to be tough at times in order to keep my kids in line. Although I do admit to getting misty-eyed at a sad movie scene, or while reading a good book, or upon seeing an Olympic athlete triumph after a lot of hard work and sacrifice, I'm not usually the type to cry over hurt feelings, embarrassment, or a bruised ego. Things that reduce many women to tears don't usually get under my skin as much. I'm a lady in every sense of the word - I love high heels, dresses, manicures, pedicures, shopping, makeup, flowers, candy and all the "girly" things. But when it comes to sensitivity, I'm more like the guys in my life. In short, I'm not what Wendy Williams likes to call "soft and pink". I'm more ..."hard and black".

It's important to note that I have been through a LOT in my lifetime. I know how it feels to be broke, abandoned, heartbroken, betrayed, deceived, ridiculed, abused, ostracized, and more. I have seen my share of dark days. By the grace of God, I overcame those things. And, perhaps most astonishing, I haven't wallowed in the misery of it all. I don't wear my past hurts on my sleeve for all the world to see. I'm not, in the words of Iyanla Vanzant, "addicted to my story". I haven't forgotten what I went through. But, I see no point in dredging it up every five minutes to stare at it, lament over it, or cling to it like a favorite childhood blanket. Instead, I view the scars from those old wounds as badges of honor - proof that I'm a survivor. 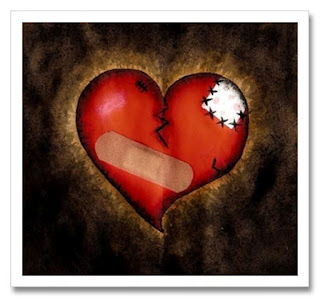 When I share the details of my journey thus far, many people are downright SHOCKED. They say, "but you're always smiling!" or "you couldn't have gone through all of that and still be so positive!" There was a time when I thought that there was nothing unusual about going through traumas, dusting yourself off and getting back to life. I've watched many of the women in my life do the same thing. But in recent years, it has become painfully clear to me that some people are so stuck on their past hurts that they can't move forward. To them, it is downright incredible that I've managed to get through my ordeals without any permanent negative effects. So, at first I thought that maybe that was why I was placed in their lives. Maybe by example, I could demonstrate how one moves on from the things that caused them pain. I shared my testimony. I shared the details of how I came into a closer relationship with God, and how He turned my tears of pain into shouts of triumph. I sent them scriptures. I texted them uplifting messages. I gave them advice based on my own experiences. I listened and listened and listened some more. And the strangest thing happened: absolutely nothing changed.

They were still sad, still defeated, still nursing old wounds, insisting that they were still in the thick of their struggle. When medical professionals told them they had been healed, they insisted that they were still sick. When they claimed to have found the joy of the Lord, they were still sad 90% of the time. When they claimed to be tougher, stronger, more resilient, they proved themselves to be sensitive, weak, and easily discouraged. They claimed to be confident and self assured, but ran off sobbing bitterly at the slightest criticism. I scratched my head in confusion. The answers to their problems were staring them in the face. I was literally giving them the blueprint for how to overcome these issues - the very same issues I had once struggled with myself. It was the equivalent of drowning while someone eagerly, desperately offers you a life preserver, and yet you refuse to put it on. 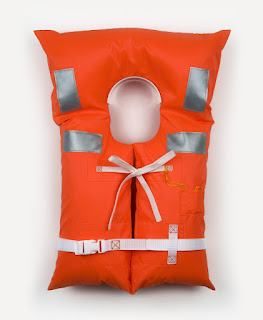 The problem wasn't only limited to my immediate circle. One look at people's updates on Blackberry Messenger or Facebook or Twitter illustrated so much "woe is me" melodramatics that it turned my stomach. Negativity was everywhere I looked. Even in church! My pastor preached till the sweat ran down his face about Christians not having to live defeated lives full of sadness, despair and suffering. The Bible that they open up week after week and day after day is full of answers. It tells you that God will never leave you or forsake you. It tells you to cast your cares upon the Lord. It tells you seek and you shall find, knock and the door will open, ask and it shall be given...and yet you see people who have been in church for decades drenched in sadness, bitterness and despair, week after week, year after year, LONG after God has already given them the victory. They can't even count their blessings because they are too busy reveling in their problems. That's when it clicked for me. Some people don't really want help. They just want attention. 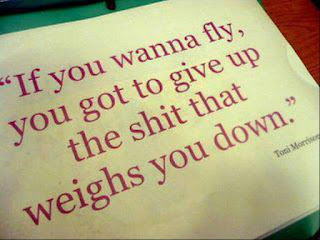 Maybe it's a side effect of me being hard and black. But, I don't have time for pity parties. I don't have the patience for those who volunteer - they sign up! - to be sad. If I chose to, I could find a thousand reasons to join them in their misery. But I have made a choice to live my life to the fullest, to be as happy as I can possibly be. So I have chosen not to give in to the attention seekers, but instead to ignore them. I don't hate them. I just want them to "man up"! Life goes on.

I watched while others patiently catered to their sensitivities and spoke soft and kind words to their fragile ears. I marveled as people censored themselves in order to keep them from breaking apart at the sound of harsh words. I gave them the mental "side-eye". I simply have no time for such nonsense. See what I mean about hard and black?

Then there are attention seekers on the opposite end of the spectrum.

There are some people with whom I've come in contact recently, who project toughness. Their faces are twisted into a constant scowl. They snap at others, yell, even curse at people. Their very demeanor screams "I'M A TOUGH GUY!" They use aggressive language, and seldom smile. They have no problem dishing out harshness and being unapproachable. But when the tables are turned, they can't handle it. When you use the same tone with them, they can't understand it. They accuse you of being nasty or confrontational. They become defensive and accusatory and are suddenly determined to play the victim. 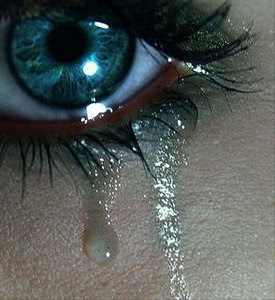 Attention seekers come in different forms. Some are the "woe is me" types, with the back of their hand pressed to their forehead, wanting people to rush in and ask, "What's wrong?", "What happened?" "Are you okay?"  Others are the "scowlers", who have nothing nice to say, never allow themselves a moment to exhibit a sunny disposition, and bask in negativity. They project a tough exterior, but underneath that disguise they really want people to stroke their backs and remind them of all of their wonderful qualities. The negativity and sadness and indecision they constantly display is a thinly veiled attempt at gaining others' sympathy.

I won't play either game.

As I explained earlier, I'm not soft and pink. You want someone to listen when you're down and out, I'm there! But I won't listen to the same story over and over and over again. Soon, I will ask you when you plan to do something about it, how you intend to get over it. You want a shoulder to cry on? Mine are great for that! I will even let you cry so hard that you get snot on my favorite shirt. But soon, when the sobs subside, I will pass you a few tissues and expect you to blow your nose, dry your eyes, and take a deep breath. Then, I will help you formulate a plan for how you're going to move forward. I will not avail myself to you for a dose of daily hysterics.  You want to talk tough and exhibit your "hard and black" side? I'm all for it! I won't take offense or fall apart at the sound of your loud and harsh tone of voice. In fact, I will smile, chuckle and give it right back to you. But know that my "hard and black" demeanor is not an act. And I will expect that yours is not an act either. So when you digress into the role of the victim, I will not apologize. After all, if you dish it out you should be just as willing to take it.

With me, what you see is what you get. I'm not introducing you to my representative, only to shock you with the REAL me later on down the line. If I say it (unless it's in a rare fit of blind fury), I mean it. If I have something to say to you, I will say it to you. If you ask me for advice, I'm going to tell you the truth of what I feel. If I sense some tension between us, I will speak to you directly about it. And if you claim that you want to fix a problem, don't waste my time if all you really want is some attention. I don't tolerate attention seekers. Just as I don't babysit children who are prone to temper tantrums. I'm hard and black, not soft and pink.

But I'm still a sweetheart. J

Posted by TracyBrown at 6:15 PM