Today I watched an episode of Divorce Court on television (I know, I know! LOL). In this particular episode, a woman was so bitter, so angry and emotional as she recounted the treatment she had endured at the hands of her husband. He had been a drug addict when she met him. She helped him clean up his act, and allowed him to move in with her and her child. During the four years that followed, she endured a two-week relapse during which he and his friends - who were also addicts - got high repeatedly in her home, even in front of her child. In an effort to get money so that they could keep getting high, the man and his fellow addicts accessed her bank account and deposited empty envelopes at ATM's which contained fake deposits, and then withdrew the cash. When the police came to the home to make an arrest, she went to jail in order to protect the man she loved. His drug use eventually cost her the home she lived in, the car she drove, as well as her job. Yet, she actually married him after all of this, blaming her decision to walk down the aisle with him on low self esteem and a need to have the life she had always envisioned. Furthermore, she went on to have two children with this man. She cried and cried and cried some more, telling the judge how he refused to go to church, which was blocking her spiritual growth, blaming her weight gain on her relationship with him, complaining about his lack of attention to their children, and insisting that her entire life had been ruined because of this horrible man she had married. 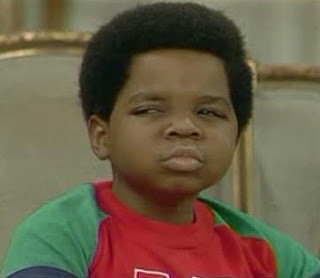 I know a lot of people like this, who blame all of their troubles on others. They can't be happy in life because of what their mother or their father did; they can't love themselves because an ex put them down; they can't get their lives in order because someone else is blocking their progress. Most often, when I encounter people like this, the problem is not the folks in their past or in their present. The problem is themselves. They can't get past the hurt that someone has inflicted on them, and so they stop living full lives because of it. Meanwhile, the person who hurt them has moved on, thrived and lived happily ever after, completely unaffected.

As the judge pointed out, the wife in the divorce case had willingly gone along with all of the mess that her husband had dished out. She had tolerated so much, all in the name of "love". But she was so busy loving him that she neglected to love herself. Her anger and bitterness was so raw and so real that it was difficult to watch her sobbing, tears streaming down her face, as she repeatedly placed the blame at her husband's feet.

The problem with her, and with many other people living empty lives, is that they fail to take responsibility for the allowances they've given to others. So many people tolerate cheating, abuse, and poor treatment in relationships. And when those relationships end, they are quick to list all of the terrible things that were done to them. But they allowed it. They knew what was going on and they accepted it. So a good portion of the rage and bitterness they direct at their ex, should actually be reserved for themselves.

I'm speaking from experience. Recently, I had a conversation with my children about my ex-husband and the mistress(es) he enjoyed before, during, and after our marriage. The discussion came about as I shared my intention to write about what I went through, in the hopes that my story might be a blessing to someone enduring similar circumstances. One of my sons pointed out, "You went through a lot, Ma." And I did. However, as I explained to my kids that afternoon, I didn't intend to write about it from an accusatory, victim stance. This wasn't going to be some pity party, "men ain't $#!&" type of story. After all, I told my son, I had allowed all of it. He had cheated. But I had accepted it, and stayed with him. I spent a lot of time being angry with him, bitter even. But eventually, I had to come face to face with my own part in it. I had to hold myself accountable for some of the allowances I had given him. The story I decided to write was as much about my journey toward forgiving my ex-husband as it was about my journey toward forgiving myself.  A person can't walk all over you unless you lay down and allow them to.

Once I stopped placing all of the blame on him (and not just him, but on my biological mother and the pain she'd caused me; on my girlfriends who had betrayed me, etc.), I started doing the work that really mattered. I started figuring out what was at the root of my behavior. I had to determine what it was about me that would allow someone to hurt me over and over and over again, why I kept being drawn to that type of dysfunction. When I began the WORK (and it was definitely hard work) of peeling back my pain layer by layer, I finally began to heal. As long as that work remained undone, I would continue to attract neglectful and abusive men, toxic friendships and negative people. But once I got to the root of my problem, I finally began to see that the biggest obstacle to my own happiness was ME. 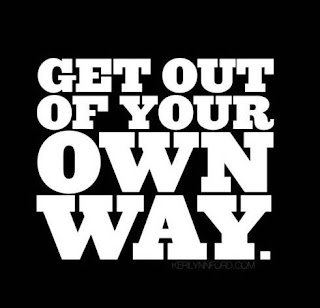 Sounds crazy to think that we could be in our own way. But the truth is, many of us are blocking our own blessings by holding on to the things in our past that let us down, set us back, or broke our hearts. We become cynical, angry, depressed, self-deprecating and we pass these negative traits on to our children. We make it hard for people to remain friends with us. We make it impossible for our relationships and marriages to thrive, because we are holding on to so much baggage from our past. 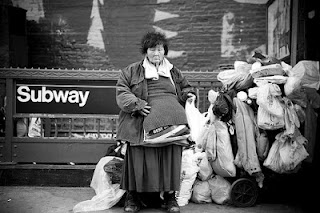 The words to one of my favorite songs by Erykah Badu says it best:

"Bag Lady, you gon' hurt your back, dragging all them bags like that. I guess nobody ever told you all you must hold onto is YOU."

When I put down the heavy baggage in my emotional life, I felt lighter. My world got a lot brighter and the pain that I had dragged around for so many years no longer had power over me. I was FREE.

I don't give out unwarranted allowances anymore. Neither should you.

Posted by TracyBrown at 1:38 PM