Side-Eye of the Week

This one was a no-brainer... 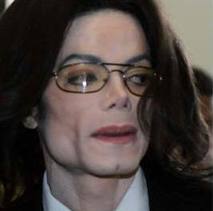 The WHOLE JACKSON FAMILY gets this week's side-eye. SMH... 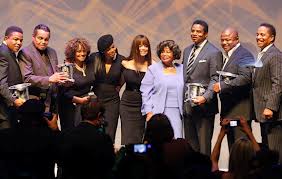 In case you've been under a rock for the past week, here's the story in a nutshell:

A family feud of epic proportions is brewing in California.

Apparently, Paris Jackson took to Twitter as a cry for help when her grandmother, Katherine Jackson - Michael's mom, who has custody of his children - disappeared from the family compound. Paris was worried, hadn't spoken to her grandmother in days, and was making accusations that some of her aunts and uncles were holding Katherine against her will.

Turns out that Michael's siblings are none too pleased with the King of Pop's will, which left them nothing, instead naming his mother and his children as his benefactors. The siblings filed a petition to have the will thrown out, alleging that it was a fake, that Michael was out of town on the date that it was signed and, therefore, hadn't authorized that version of the will. Paris alleged that her aunts and uncles had, in essence, kidnapped Katherine in an attempt to access Michael's fortune. Katherine was silent. The world watched Paris' Twitter feed, fascinated. 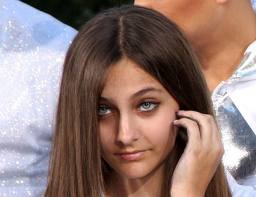 What followed next was the kind of stuff that has made Jerry Springer rich!

Janet, Randy and Tito allegedly followed the children's convoy as they entered the gates of the family compound. Ambushing the children, the siblings were caught on tape arguing with each other and with the children. 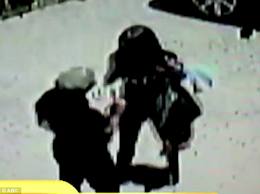 Janet at one point attempted to snatch Paris' cell phone, allegedly calling her a spoiled little b*&$#! 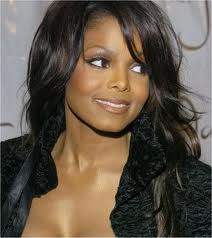 ﻿Paris ran back to Twitter and updated us. "Gotta love fam."

Nine days passed, and still no sign of Katherine. Marlon went on TV crying, telling the interviewer that he had no idea where his mother was! He took to Twitter as well.

Marlon Jackson5 ‏@Marlon_Jackson
Hello everyone Thank you for your support. I'm tired of not knowing where my mom is. I did speak with her last night but she didn't sound
Retweeted by Paris Jacksoη

The other siblings claimed that she was in Arizona resting, as per her doctor's orders. They released a photo of Katherine playing Uno with some of the family. Everything was fine, they claimed. "Mother" was just relaxing. She wasn't answering her cell phone because she didn't want to be disturbed. There was no need to worry. But Paris wasn't buying it!

Paris Jacksoη ‏@ParisJackson
8 days and counting . something is really off , this isn’t like her at all .. i wanna talk directly to my grandmother!!<|3

TJ Jackson ‏@tjjackson
@ParisJackson I know it's completely unfair for them to do this to you and your brothers. We will keep trying. I love you.
Retweeted by Paris Jacksoη

Finally, Tito (who had originally signed the petition to throw out Michael's will) took his name off of the suit against the estate. Hours later, Tito's son, TJ, petitioned the court to appoint him temporary guardian of the children. He claimed that he had been allowed to speak with his grandmother on the phone, but she sounded like something was wrong. Her words were slurred. She wasn't her usual self. A judge agreed, and appointed TJ temporary guardian.

NOW, the family decided to produce Katherine. They released a video of her reading a prepared speech. 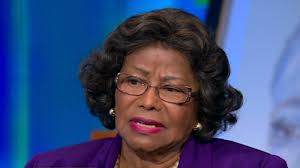 In the video she said she was fine, that no one had kidnapped her, that she was just resting, that she had turned off her cell phone for peace and quiet. She was apparently "devastated" that she had been stripped of her guardianship of the children. She assured the world that she was on her way back home immediately.

Now, I don't claim to know the truth of all of this. But I do have a lot of questions.

Why didn't she TELL the children that she was going on vacation in another state? As their guardian, she owed them at least that much! What was all the secrecy about? If she is too stressed out to care for the children, why not pass on guardianship to someone who can?

The saddest part of all this is that a family has been reduced to such ridiculousness over money.

These poor children are being used as pawns in a war over money that no one else earned but their deceased father. It's really sad to watch this all unfold. 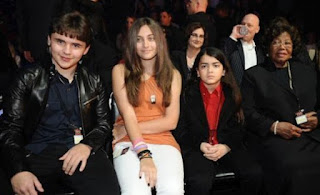 Kinda helps me understand why Michael was so reclusive. With everyone around you always having ulterior motives, who wouldn't want to run and hide?

Sadly, I'm sure that Michael would join me in giving his entire family the side-eye - even the children who have aired this all out on social networks. In fact, I'm willing to bet that if Michael were alive the children wouldn't even have access to social networks! A man who longed his entire life for some semblance of privacy, would surely not approve of all these recent shenanigans. 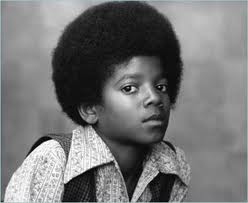