Side-eye of the week

It has been a few weeks since I blogged. I've missed you guys/gals! I am glad to be back at it, and I have lots of stories, epiphanies, and "Aha" moments to share with you. But FIRST, I have to share my "Side-Eye of the Week". 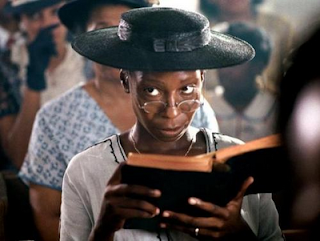 This particular Side-Eye is several weeks overdue. It is also one of the meanest side-eye's of all.

The loser this time is Vh1 and the trashy, stereotypical, demeaning and incredibly negative depictions of black and brown women they continuously air.

The network that brought us Flavor of Love, For the Love of Ray J, and Basketball Wives has now turned their attention to Atlanta, Georgia and the cast of Love & Hip Hop. I haven't personally watched an episode. But I have read all of the Facebook status updates, gossip websites, Twitter feeds, and magazine articles about the likes of Joseline, Mimi, and Stevie J. I've heard all about the rapper Lil Scrappy and his foolishly "ride or die" baby mama and his mother, the retired pimp. At the urging of my daughter's boyfriend ("You can't talk about it if you haven't watched it!", he said.) I even watched the last five minutes of one episode. What I saw burned my eyeballs and what I heard left me in complete shock.

A man dressed like a woman (let's face it, Rupaul looks more convincing than Joseline does), was crying to her "daddy" (a man who is not her father, but her manager) about the positive pregnancy result on the EPT test. "Daddy" had apparently been carrying on a sexual relationship with the cross dressing man who was pretending to be pregnant, and "daddy" now wanted the man to tell him whose baby he was imaginary-carrying. The cross dresser insisted that "daddy" was the only man he had slept with for months. "Daddy" chided the cross dresser, telling him that he should have 'taken care' of the situation before even coming to "daddy" with the problem. After all, "daddy" said, "you have photo shoots coming up, performances." Surely, there was no room for a pregnancy in their plans. As the episode wrapped up, they showed scenes from the next episode. The cross dresser was asking for 50% of something from "daddy". "Daddy" seemed shocked by the request, grabbed his ample crotch and asked the cross dresser, "You want 50% of this?!?" 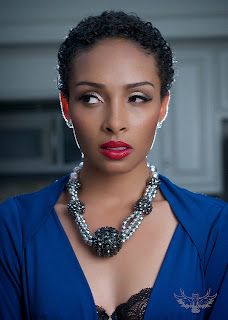 I really don't know where to even begin. But, I'm reminded of our parents, grandparents, great-grandparents and their literal FIGHT for civil rights, equality, and freedom. I think back to the depictions of blacks in movies like "Gone with the Wind", a time when anytime you saw a black person on the screen, it was in the role of a slave, a maid, or a buffoon.

I fast forward mentally, and think about Barack Obama being in the White House, his wife and daughters and the positive images they portray. And I'm amazed that after coming so far as a race, TV networks like Vh1 sadly think that all we are interested in seeing is a group of neck-twisting, fighting, spitting, drink-throwing, sexually immoral, fame-hungry, ghetto fabulous fools who can't even put a decent sentence together.

As I watched for those five short minutes, I also couldn't help noting that the show is clearly scripted. We all know by now that reality TV is as fake as a $3 bill. But, at least the scripts on shows like Keeping up with the Kardashians are believable! At least the acting is good. Watching Love & Hip Hop, Basketball Wives Season 4 reunion, and the throwback shows like Flavor of Love, I got the feeling that the execs at Vh1 think we are too stupid to notice the bad acting and poor plot lines. I felt that my intelligence was being insulted, that my time was being wasted, that the network's sponsors were laughing all the way to the bank.

What also saddens me (and WORRIES me) are the intelligent, hardworking, literate, financially independent members of the black and brown communities who are PROUD to watch this show, who believe that there is nothing so bad about the depiction of pure ignorance that takes place. To them, this is purely entertainment, harmless, no big deal. They think folks like me should lighten up, or better yet, just turn the channel!

But I find it sad that these shows give ignorant bigots something to point to as an example. We say "black women aren't always confrontational and violent." But, any episode of any season of Basketball Wives says otherwise. We say, "We are independent women who don't need a man to be successful." But, the ladies on "Hollywood Exes" are ONLY famous for being married to [INSERT CELEBRITY]. We say, "It takes more than just money to make us happy." But dozens of women show up to date Flavor Flav - an unattractive black man with a mouth full of gold teeth, a set of viking horns, and a wall clock hanging around his neck. "All black men are not womanizing thugs with a bunch of baby mamas and the swagger of an old school pimp," is what we say. But, cue any of the men on Love & Hip Hop, For the Love of Ray J, or From G's to Gents and the "reality" is very different.

Let's face it, even with Barack Obama as President, there are still people who hold negative outlooks concerning black people. The Trayvon Martin case makes that painfully clear. There are still those who believe that the Obamas are the exception and not the norm. They hold their purses tighter when our sons walk by. They see our daughters as 'nappy headed ho's'. And Vh1 is only further reinforcing these negative stereotypes. The buffoons who sign up to play the characters are no different from the shucking and jiving Sambo's of yesterday. All they're missing is a banjo, some watermelon and a couple of "yessuh, massa"s.

It is despicable. And Vh1 has lost one viewer for good. SUPER SIDE-EYE to the powers that be who keep cranking out "reality" shows that surely make our black and brown forefathers ashamed and appalled, while a whole new generation tunes in and takes notes. Posted by TracyBrown at 5:47 PM