Lately, I've been spending a lot of time enjoying the pleasure of my own company. It was a conscious decision on my part. Months ago, I made up my mind that it was time to separate myself from the hustle and bustle of my overbooked social calendar in order to reflect on who I am and how I wish to move forward in my life. It was the best decision I've made in years!

My life is in a constant state of "GO!". There's always some event to attend, some phone call to make, some deadline to meet, some reason to sleep less and accomplish more. While I'm grateful for the people and things that often require my attention, it dawned on me that I wasn't doing myself any favors by accepting every invitation and agreeing to every request. While everyone else was getting their way, I was often left drained and exhausted, especially emotionally. Surrounding myself with different (oftentimes crazy) personalities was siphoning my energy, causing me stress and making me desperate to get away from it all. Usually the life of the party, I found myself craving nothing more than silence, solitude and PEACE! 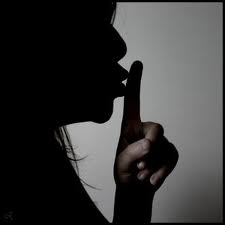 Then, one day it occurred to me that the power was all mine. All it would take for me to get a much needed "mental vacation" was to simply step back and spend some time by myself, doing all the things that made me happy.

At first I questioned that...after all, the things that had always made me happy were fun-filled events, the company of friends,  a party at which I could enjoy a drink and a two-step, laughter, excitement, adventure! But the more I thought about it, the more apparent it became that I had 'turned a corner' in my life. The things I just listed were things that used to make me happy.

I took inventory of my life and found that, indeed, I wasn't the same person I had once been. I had done some "growing up", and had come to value some things more than I once did. I discovered that what now makes me happy are things like sitting by myself with a glass of Riesling at a sidewalk cafe on a summer afternoon in Manhattan. A good book while relaxing alone in Bryant Park. The house to myself while my kids are out doing their own thing. Grabbing my headphones and lacing up my sneakers for a walk/jog alone through my favorite park. A yoga class. The absence of conversation. Being alone with my own thoughts.

Those who noticed that I was doing new things started asking if they could come with me. I made up excuses for why they couldn't. "You might as well go on your own 'cuz there's no talking in my yoga class." "I get up really early to go for a jog, so I'm sure it won't be convenient for you." "I just spontaneously decided to go to the cafe, so don't be mad that I didn't invite you." But the truth was, for once I didn't want anyone along for the ride. I just wanted to be alone and enjoy some much needed solitude.

Even when I found myself in the company of others, my "crowd" had changed. I was no longer likely to be seen in a pack of ladies, at the club, on the dance floor, or at the bar. Instead, I found joy in such simple pleasures as a Saturday night playing board games with my family, or a Sunday morning at church praising God for His movement in my life, a day at the beach chilling in a floppy hat and sunglasses with my adorable granddaughter, a weekend visit to a museum with my kids, or a weekday spent in my childhood home listening to my mother's stories of her life as a young lady growing up in the south. The more I allowed myself the luxury of slowing things down, the happier I became.

Another 'strange' thing started happening. I started hearing God's voice much more clearly. Not in a "Moses and the Burning Bush" kind of way. :) But in a way that left no doubt as to what direction I should be moving in. We all have different names for that voice: intuition, conscience, or whatever... But I came to know it as the voice of God, directing my path, ordering my steps. There was a clear message coming through to me that I had only seen a portion of my destiny. There was so much more that The Creator had for me to do, ways in which I could use my gifts to change lives. And the first life to be changed was my own.

Taking time for me was a gift to myself. My writing became more powerful, my thoughts became clearer, my happiness increased a thousandfold. I learned to trust myself and the decisions that I make, to be inspired by things that I had once taken for granted, to let go of people and things that were not for me. I found myself happier than I had ever been before!

A friend of mine noticed the change in me. She congratulated me, and told me that I was brave to step away from those people and things that had once been a major part of my life. I realized that it was a brave thing to do. So many people are afraid to be by themselves, to be alone with their own thoughts. You see them everyday. They can't ride the train, bus or sit anywhere for more than a couple of minutes without texting or calling someone, or striking up a conversation with anyone nearby. They can't imagine going anywhere or doing anything by themselves. When no one is home with them, they're "bored" or afraid, or even sad. They have to be constantly surrounded by people, activity, conversation, even drama.

It also occurred to me that so many people remain stuck in a constant state of negativity, unhappiness, and lead unfulfilled lives out of fear of stepping out of their comfort zone. We stay at jobs that we hate, stay in friendships with people we don't even really like anymore, stay in marriages that are boring us to tears, stay in homes that we've lived in for decades, stick with a hairstyle that we've worn for years, all out of fear of change. Some of us soothe ourselves with promises of "soon, I'm going to travel; soon, I'm going to take up this new field of study; soon, I'm going to move out of state; soon..." And all the while we're lying to ourselves. And before we know it, life has passed us by.

The saddest thing I can think of is an elderly person who never really lived. They existed. They occupied space on Earth for many years. But they never truly lived their lives to the fullest - out of fear. When it's too late, they sit in the corner with sad expressions, wishing they had another shot at life. "Youth is wasted on the young," they think. What they would give for a chance to do it all differently!

Sadly, many of us are wasting our youth being bogged down by fear. I've never been afraid to try something new, to march to the beat of my own drum. My philosophy is that the worst that can happen is that it doesn't work. But at least you can say you've tried! That philosphy is one of the reasons I've moved constantly from neighborhood to neighborhood, state to state, always ready to embrace a new experience. It's the reason I took a chance all those years ago and sent my manuscript to a handful of publishers; the reason that I got up on a stage in a room full of people to perform my poetry. It is a quality that I truly admire in myself - the belief that the only thing worse than failing is never trying in the first place.

Life is short. Ask your elders who have been here for a while, and I'm willing to bet they'll tell you that it seems like "only yesterday..." when in fact kids have grown up, loved ones have come and gone, and gray hairs have started to make their debut. Time marches on, and soon (God willing), we will all find ourselves in the category of "old people".

In the meantime, while there's still time, I urge you to find the value in what I call "blissful silence". While wearing the many hats we all wear each day - Mother/Father, Employee/Boss, Husband/Wife, Friend/Mentor - don't forget to spend some time just being you.

Treat yourself to some blissful silence in the days and weeks ahead. Even it it's only for one or two days out of the month. Don't be afraid to change the things that no longer make you happy. You owe it to yourself. Trust me, you'll be glad that you did!

Posted by TracyBrown at 2:46 PM