*Side-Eye* of the Week


A facial expression expressing one's criticism, disapproval, animosity, or scorn of varying levels of intensity towards another person. Defined by one person looking at the other out of the corner of their eye(s) with a scowl, as their head is turned in a different direction. Synonymous expression: "cuttin' your eyes" (at someone). 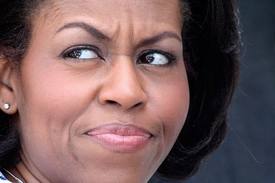 Now that you know the meaning of the "side-eye" (which First Lady Michelle Obama is demonstrating EXPERTLY, I might add), get ready for my weekly blog-post "Side-eye of the week". Each Friday I will highlight a person or situation that takes the crown for the most side-eye-worthy foolishness of the week.

This week, there was a lot of competition. From Oprah's decision to interview the wretched fame-obsessed Kardashian clan, to the Basketball Wives Reunion (did they really try to make us believe that there was any kind of reconciliation between those women??). It seemed everywhere I looked this week, I was issuing side-eyes! But then the week ended with one incident that I found worthy of a distinguished honor: 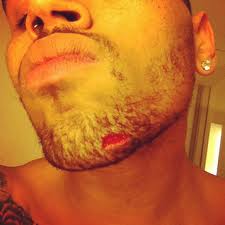 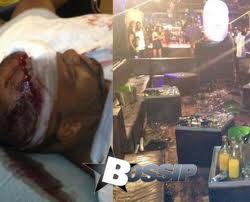 So, let me give you the short version. Chris Brown and Drake were in the same NYC nightclub the other night. Both stars have (AHEM) "dated" the singer Rihanna. 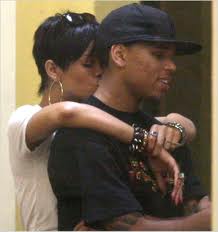 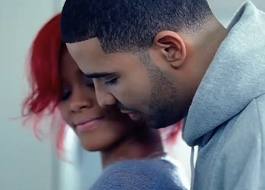 So, Chris Brown and his entourage held court on one side of the club, while Drake and his boys were on the opposite side. In an act of goodwill - or perhaps antagonism - Chris sent a bottle of liquor over to Drake's table. Drake, perhaps realizing that this was a passive-aggressive gesture - decided to respond by sending a bottle to Chris's table in return, along with a note that read, "I'm still f*cking the love of your life. Deal with it."

What happened next can only be described as utter melee!! 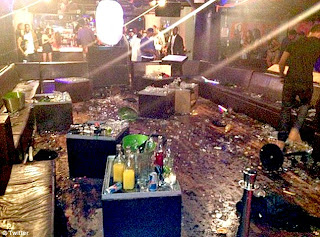 Chris's bodyguard suffered a terrible gash to the head. Chris, himself, was injured with a cut to the chin. An innocent clubgoer (who will no doubt sue the pants off of both stars and the club as well) received stitches. The venue was completely trashed. 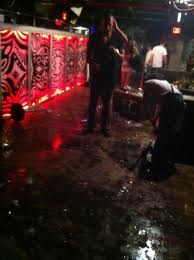 Chris Brown, already on probation for infamously beating his ex-girlfriend Rihanna (yes, the SAME Rihanna over whom this fight took place), is once again in the crosshairs of law enforcement. Drake, who has - until now - managed to distinguish himself as a kinder, gentler rap star, is now among the ranks of the stereotypical HipHop celebrities who are constantly arrested, sought for questioning or, worse, actually serving jail time.

Meanwhile, Rihanna has solidified her reputation as the baddest chick in the game. After all, Beyonce is hot, but no one ever ﻿got scalped during a fight over her. Twitter and Facebook lit up with status updates musing, "Rihanna's p*$$y must be SUNSHINE!"  and "That chick must got a pu$$y made of pure gold!!!!" 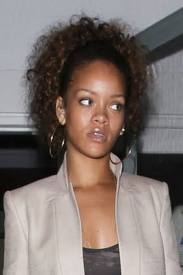 Maybe it's the "mom" in me that sees this as a terrible PR situation for all involved. Chris is already considered the angriest black man alive! He beat Rihanna, then trashed the Good Morning America studios and now this! Drake was HipHop's Golden Boy - proof that not every rapper was a thug or a gangsta. True, he's still not a thug or a gangsta. But try telling that to those who view the art form as a breeding ground for the future felons of America.

But worst of all, in my opinion, is the effect that this has on 1) Rihanna's already sullied reputation and 2) the young girls who look up to her.

Bad enough that the singer's nude photos were 'leaked', that she has had a revolving door of A-listers (from the two fools involved in this altercation to Matt Kemp and even Ashton Kutcher), and that she makes no apologies for her, at times, extreme sexuality. Bad enough that she seems intent on reconciling (as friends at the very least) with Chris Brown who beat her so brutally that she had him arrested and he is still on probation for the next five years. 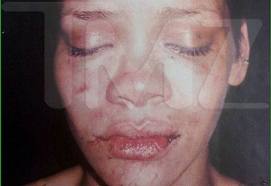 But WORSE is the fact that the young ladies who view her as a role model have surely been taking notes. And what have they learned?

So, on behalf of impressionable young girls and boys around the world, the Side-Eye of the Week goes to Chris Brown, Drake and Rihanna for their continued fuckery. Three megawatt superstars who have the world at their feet have opted to use their fame and fortune to act like complete savages for all the world to see. They are proof that success and money aren't enough for some people. They are in positions that many aspiring artists would kill to be in, and they're using that platform for foolishness. As Lorenzo from "A Bronx Tale" said in one of my favorite quotes, "The saddest thing in the world is wasted talent!"

Photos courtesy of Bossip and TMZ
Posted by TracyBrown at 12:20 PM