I'm noticing a disturbing pattern lately in Reality TV. I'm not just referring to the backstabbing, fighting and bullying. Those things are troubling, too. But what really upsets me are the instances where friends part ways by telling all of each other's secrets. 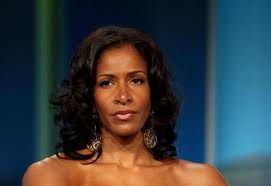 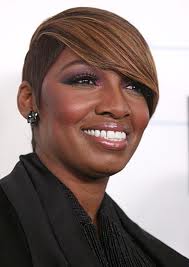 It started on The Real Housewives of Atlanta this season. Nene announced that she was rich - so rich, in fact, that she didn't need to trouble herself with the low-budget stage play that Sheree was involved in. The ladies bickered, and both of them clearly wanted out of their so-called friendship. Nene got up from the table and proceeded to leave. But not before Sheree got some final digs in. She reminded Nene that although her new veneers were great, her old teeth were rotten. She brought up an old story about Nene's first car being towed from the parking lot of the local Home Depot. Sheree followed Nene out to the parking lot, yelling out embarrassing details of Nene's less-monetarily-fortunate past. At the reunion, she continued this pattern, bringing up the recent arrest of Nene's son for shoplifting in a local Wal-mart to counter Nene's claims of being "rich". 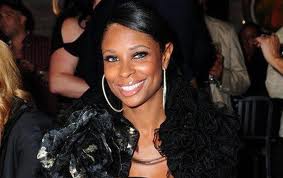 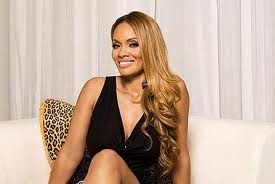 On last night's episode of Basketball Wives, Evelyn (once AGAIN) tried to rehash the beef she has with Jennifer. Similar to the Atlanta Housewives situation, Jennifer has moved on to bigger and better things and is no longer interested in a friendship with Evelyn. Instead of letting it go, Evelyn proceeded to follow Jennifer back to her bungalow while loudly reminding her that she was no angel. She put Jennifer on blast for sleeping around while she's still married, and even claimed to have a list of men whom Jennifer has crept around with. In the teaser for next weeks episode, we see that Evelyn goes on to reveal that Jennifer had an unprotected one-night-stand during a trip the ladies took together.

I can't begin to tell you how disturbing this all is to me. Throughout history, friends have told each other secrets. We reveal our fears, our transgressions, our innermost feelings to our friends, never expecting that the information might be used against us at a later date. We talk about our bosses, our spouses, our children, our parents, even other friends. And it can be devastating when that trust is betrayed.

Years ago, one of my closest girlfriends and I had a falling out. We stopped speaking, stopped texting, emailing, calling, etc. To be honest, there was no "incident" that caused our rift. We were just moving in opposite directions and our friendship seemed to have run its course. People asked both of us about it.

"Why aren't you speaking to Tracy?" they'd demand.

Then they'd wait with baited breath for some juicy story about the demise of our friendship. They wanted her to dish on what I had done, what she knew. But my friend would just shrug and reply, "It's not that I'm not speaking to her. We just haven't hung out in a long time." I gave the same response when people inquired about her. And folks had no problem reporting back to both of us (the way Suzie does on Basketball Wives).

"I spoke to Tracy and she said she hasn't seen you in a while."

Months passed this way until finally she and I sat down and hashed it out. It turned out that each of us was under the impression that the other needed space. We hadn't been mad at one another, just giving each other some distance. Once we got back to normal, she and I laughed together about all the people who had come around fishing for scandalous information. But we had passed the test - the friendship test. Just because we were no longer hanging out on a consistent basis didn't mean that we had a license to destroy each other's reputations. And the truth is, each of us had enough dirt on the other to stir up plenty of drama. We had been friends for years and had shared dozens of secrets, done lots of partying together, and had more than our share of FUN! And during our hiatus, neither of us had found it necessary to reveal any of what we knew to outsiders.

That situation confirmed for me that she and I were true friends. No amount of distance or silence or lack of activity was worth selling each other out. Even when each of us assumed that the other was "on some other shit" and needed space, we didn't resort to backstabbing or vengeance. We recognized that sometimes friendships end, and people grow out of things that once fit them perfectly. Perhaps she and I were going in two different directions. Perhaps she or I had moved on and found new friends, new lifestyles and new interests. But that didn't negate the friendship that we once enjoyed. It didn't give us a right to drag the scandalous skeletons out of each other's closets.

What is clear to me after watching these shows is that these women were never really friends. Evelyn tearfully complained that she had been Jennifer's friend for twelve years. Sheree angrily bellowed that she had known Nene for a very long time as well. Yet, all the years of laughter, highs, lows, marriages, divorces, children, successes, failures and everything in between went right out the window once the women went their separate ways.

Why do some women get so angry, bitter, jealous and vindictive when friendships end that they resort to smearing dirt on each other in an attempt to destroy the public perception? The answer to me is simple. They were never real friends to begin with.


The truth is, we all have more "frenemies" than we have actual friends. A "frenemy" pretends to be your friend. They smile in your face, laugh at all your jokes, come to all your parties, grin in all your pictures, like all your Facebook statuses and the whole time they're thinking....

I hope she fails.

I pray she doesn't get that job.

She thinks she's all of that.

I bet her husband would cheat on her if he had the chance.

My kid is cuter than her kid.

She knows she can't afford to buy that house!

That promotion is going to her head.

Those of us who are unsuspecting, don't realize that these "friends" are really enemies. They want to be in our space, want to be on the scene for all of our milestones. Yet, the whole time they are praying for our downfall. Once the friendship ends, they pull out the heavy artillery, revealing damaging secrets, making hurtful accusations and doing their very best to destroy other people's opinions of you.

Maybe I'm in the minority, but when a person starts spewing venom about a former friend, they lose me. First of all, if you remained in a friendship with a person for so long who has such terrible character traits, what does that say about you? We've all heard the sayings, "Birds of a feather flock together." "Show me who your friends are and I'll show you who you are." So if a person comes to me degrading a former friend, my antenna goes up - not against the subject of our conversation, but against the person doing all the talking. Secondly, if it's so easy for you to tell me the innermost secrets of someone who considered you a friend, I would be a fool to tell you anything about me.


﻿
In the past year, I've done a lot of praying about my future. I asked God to remove people and things from my life that were detrimental to me. One of my spiritual advisors asked me if I was really prepared for God to weed out the negative people. She told me that I might be surprised to discover who had never truly been in my corner. I assured her (and God) that I was prepared for the negative people to go, that I would trust that whoever got subtracted was never a good addition to my life in the first place. Lo and behold, one by one I started noticing folks heading for the exit. At least three so called "friends" disappeared completely. Then several people who I'm in constant contact with (via church, book club, work, and even relatives) were revealed as "frenemies" - the kind it's best to keep close so that you can keep an eye on them. I was grateful to have the veil lifted so that the true intentions and actions of these folks was revealed to me. And I was amused by the lengths some of them had gone to in their quest to cause confusion.


"Beware the false motives of others
Be careful of those who pretend to be brothers
And you never suppose it's those who are closest to you, do you?
They say all the right things to gain their position
Then use your kindness as their ammunition
To shoot you down in the name of ambition, they do"
~ Forgive Them Father by Lauryn Hill

Knowing the difference between our true friends and our "frenemies" is crucial. Friends keep each other's secrets, no matter how much time passes, no matter how much distance stretches between them, even if the friendship runs its course and they go their separate ways. "Frenemies" store up information until the time when you least expect it. They are like vultures circling their prey.

Do some inventory among your own inner circle. Ask God to reveal who is real and who is fake. You might be surprised by the results. 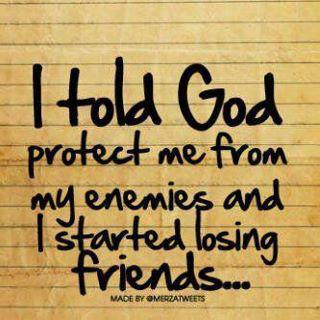 Posted by TracyBrown at 1:42 PM