Memorial Day weekend was fantastic! I started it off with a relaxing pedicure on Friday along with a little retail therapy. On Saturday, I spent the morning at the hair salon (aka my estrogen-filled sanctuary). Along with my family, I visited NYC's annual onslaught of Navy service men and women known as Fleet Week. We took a tour of the USS Mitscher, snapped some photos and enjoyed a relaxing stroll along the pier. 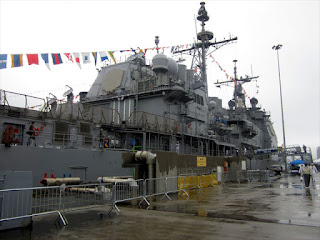 Afterward, we attended a friend's barbecue together, where my daughter and I proceeded to win one incredibly hilarious card game of Spades after another. It was a sight to behold. 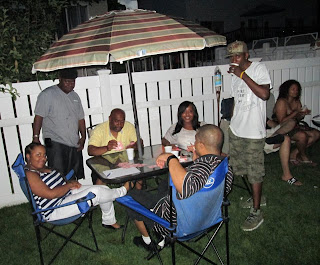 On Sunday, a couple from our book club Between The Lines (BTL) hosted a book club meeting/barbecue at their lovely home. We discussed my novel White Lines and had a wonderful barbecue that lasted until the wee hours of the morning. 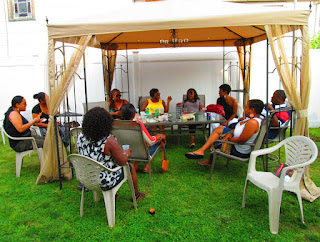 However, it was after all the barbecues, visits to Fleet Week and book club meetings had concluded that my weekend took a darker turn.

Like most people, I try my best to be a good person - a good mother, daughter, friend, sibling, etc.  I wake up each morning, say a prayer of thanks, and start my day with good intentions. Nobody is perfect, but as a Christian, I try not to make God mad or disappointed in me. But despite all those good intentions and despite all my Bible study and church attendance, sometimes I forget one of the most important lessons God has taught me.

Ephesians 4:29 “Do not let any unwholesome talk come out of your mouths, but only what is helpful for building others up according to their needs, that it may benefit those who listen.”

I love to talk. In fact, I've always had a knack for conversation and an uncanny ability to wax philosophical about almost anything. When I was in grade school, my father would often laugh about the fact that my report cards always held some variation of the same sentiment: "Tracy is a terrific student who is very eager to learn and inquisitive. However, her excessive talking can be a distraction for other students." I have always loved a good conversation.

As I've gotten older, talking has been a very helpful skill in my career, and in my personal life. People often come to me for advice because I'm not shy about discussing my own experiences and how I've learned from them. However, one downside to being so chatty and easy to talk to is that people come to me constantly with gossip. I would be lying if I said that I don't enjoy a juicy tidbit from time to time. After all, my flair for the dramatic is one of the tools I use in my writing. But as I've matured, and as I've sought a closer relationship with God, I've done my best to avoid what I considered malicious gossip. I don't always succeed, but I do try not to engage in the kind of wicked wordplay that can hurt others' reputations or their mental and physical well being.

But over the weekend, a girlfriend of mine with whom I've shared a great many laughs, good times and fun outings, told me that she had been terribly hurt and embarrassed by some gossip that I had taken part in along with some other girlfriends.

1 Timothy 5:13 – “Besides, they get into the habit of being idle and going about from house to house. And not only do they become idlers, but also gossips and busybodies, saying things they ought not to.”

I felt ashamed of myself listening to her voice wavering as she got choked up. She described how completely embarrassed she had been when she was confronted with the news that a very private situation which she had been involved with was being widely talked about, criticised, and judged in a circle of women whom she considered friends. I hadn't been there during the initial discussion of the very private situation. She had shared it with mutual friends at an event where I was not present. However, I heard about it from them and took part in the poor behavior that resulted.

As she looked at me with tears in her eyes, I felt absolutely terrible. Granted, she had been the one to share her private personal business with the group. But, it was wrong for them to discuss it with me since I hadn't been there for the revelation. And I was guilty of not only judging her for what she had shared, but continuing to gossip about it with someone else who I thought would keep it secret. However, the person with whom I shared the story had gone back and told her that my girlfriends and I were talking about her and had warned her that we were not her true friends.

Now, there I was, out on a limb with my big mouth! I thought back to my old report cards and wondered why I had never mastered the art of shutting up. I apologized to my friend, and admitted that I had been wrong to participate in the chitchat. She was so devastated that she was seriously contemtplating removing herself from our circle, convinced by the person who told her about the gossiping that we were not the type of women she should be around. She felt that she had been egged on and encouraged to reveal her personal details and all the while she was being mocked. She was mortified. I did my best to convince her of the truth: that the other ladies had only been taken by surprise by what she revealed and that in their amazement, they discussed it with me. It wasn't that we weren't her friends. It was honestly just an "innocent" case of girl talk that had gotten very much out of control. However, I was wrong for further discussing the situation with another person. That action was what had sent our friendship into treacherous waters.

Proverbs 26:20 – “Without wood a fire goes out; without gossip a quarrel dies down.”

If I had only kept my big mouth shut! I knew better than to think that there's any such thing as a secret. When I discussed the situation with others, I ignored the voice in my head (aka my conscience) telling me to shut the %&@# up!

Why do we have to learn some lessons over and over before we finally get it? I believe that sometimes God puts us back in the same situations to give us another chance to get it right. Ever notice that you're attracting the same kind of no-good men, the same backstabbing friends, the same dead end jobs? I believe that we are continuously put face to face with lessons we have yet to truly learn. We get involved with the same kind of guy until we recognize the traits that we should avoid in the future. We befriend the same kinds of toxic people until we learn to be more discerning. We take jobs for which we're overqualified until we realize our self-worth. The same is true for other circumstances - like the one I found myself facing on Sunday.

So, once again, I'm committing myself to watch the words that come out of my mouth. I'm recommitting myself to speak JOY, PEACE, LOVE and HAPPINESS instead of passing on the salacious and steamy details of people's private lives. If it isn't positive, I am determined not to engage in it. As my girlfriend "Polly Positive" always says, "You're bigger than that, Tracy Brown." Lesson learned...again!  *Zips lips*
Posted by TracyBrown at 11:50 AM