I'm not an old lady. At just shy of 40 years old I've still got some pep in my step, still got a little sway in my strut! But if you ask my kids (ages 22, 20 and 16) they will tell you that they hear the 'Golden Girls' theme whenever my girlfriends and I get together. They will tell you that I am an old lady trapped in a 30-something's body, evidenced by the music I listen to, the TV shows I watch and the things I like to do for fun. When they were little they recall me blasting the latest hits from DMX, Jay Z, Lil Kim, Biggie Smalls, Tupac, Wu-Tang, Nas, and Mary J. Blige. They thought I was the coolest Mom, mature enough to hold them down but young enough to listen to (and know all the lyrics to) the music that was hot and new. They watched with pride as I spit bars while cleaning my apartment, riding the beat with Lil Kim as if I belonged in the studio, too! They marveled at my grasp of all things cool!

As the years passed and my babies went to middle school, then to high school and beyond, music changed. DMX relapsed and stopped recording albums. Lil Kim went to jail, had some plastic surgery and her personal life overshadowed her talent. Biggie and Tupac were murdered. Wu-Tang disappeared from the HipHop landscape. Nas, Jay Z and Mary kept the good music coming, but less frequently. My radio, which had once been tuned to NYC's Power 105.1 and Hot 97, was now permanently alternating between 107.5 WBLS and 98.7 KISS FM. My kids started shaking their heads. Mom was getting OLD!

I wasn't going down without a fight, though! OLD? ME? I refused to accept that. I started trying to force myself to listen to the "younger" stations. In my car, I turned up the volume and told myself that it couldn't be that bad. Despite the fact that my ears were pissed off at me, I persevered and listened as I drove along.

My ears began to plot a mutiny.

Things improved whenever Jay Z, Mary J. Blige, Rick Ross, Beyonce, Kelly Rowland, even Rihanna were on the radio. I found myself singing along! But my joy was shortlived because the deejays seemed scared to stray from playing the same 5 or 6 songs in different order! For every good song, they played four bad ones (the same four bad ones!). Soon, my radio dial was right back on the "Classic HipHop & R&B" stations, where I was guaranteed to enjoy myself. Finally, I was hearing some real music - free of Autotune, devoid of "bitch", "ho", "drop it low", "make it rain", "spread 'em wide", "back it up", or "make it clap"! I was singing along to Al Green, Patti Labelle, Earth, Wind & Fire, New Edition, Stevie Wonder, Marvin Gaye, Eric B and Rakim, Run DMC, LL, Doug E Fresh and Slick Rick. I was HOME!

My kids were giving me the Side-Eye. They said I was in a rush to grow old, that I would fast forward to the age of 70 if I could. Of course this wasn't true. I was just sick of hearing NOISE!

Panic seized me! Suddenly, I was starting to sound like my parents. When The Sugarhill Gang, LL, Run DMC and The Beastie Boys hit NYC's airwaves in the late 70s/early 80s, my doo-wop loving Daddy was disgusted. NOISE, he called it! Gibberish! I laughed at him, and decided that Daddy was out of touch, OLD. And here I was...quoting him!

I switched off the radio. Maybe I didn't like new music, but surely there was something on TV to entertain me. I got sucked into the phenomenon that is Reality TV. Soon, I was familiar with all the Housewives and Sports Wives! But then even that began to trouble me! The fighting, the backstabbing, the cattiness, the FUCKERY! Not to mention the Kardashian epidemic that didn't even require you to have talent or be relevant in order to get famous! I found myself longing for the good 'ole days. Back when I used to watch Dallas, Knots Landing, Dynasty, Murphy Brown, In Living Color, Martin, A Different World, The Cosby Show, Little House on the Prairie (don't judge me!), The Facts of Life, The Jeffersons, Good Times, 227, Amen, Family Matters...  I started longing for Saturday morning cartoons, Video Music Box, Yo MTV Raps, even the after school specials! I realized the reason I was feeling "old" was because all the new crap was GARBAGE! Then the unthinkable started happening... 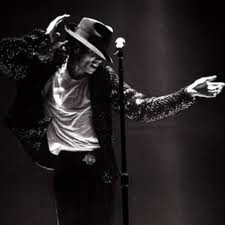 Michael Jackson died! It was a shock. We thought he was invincible! Who would be left in his place? Usher? Omarian? Chris Brown? None of them were suitable replacements for the musical GENIUS that was MICHAEL! 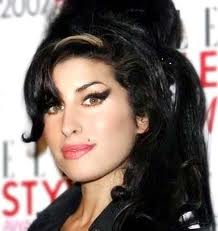 Amy died! She wasn't old school, but her SOUND sure was! Who would sing me through my breakups now that Mary was making happy music??  I looked around and saw no one in the crop of new female artists who could take Amy's place. Yeah, Adele is good, but she is no Amy! 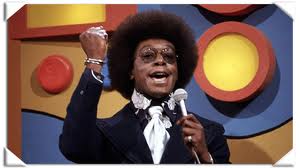 Not DON CORNELIUS...Mr. Soul Train, himself! That Afro was on my TV screen throughout my whole childhood, the birth of my children and beyond! Soul Train was the first thing I turned on each Saturday morning. It was the only place I was able to see the artists I listened to growing up. Losing Don Cornelius felt like a chapter of my life was forever closed. And where could I turn now? 106th and Park? MTV Jams? SMH 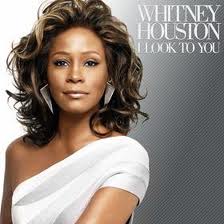 NO!!!!!! Not WHITNEY!! I started pulling out her Greatest Hits CD, blasting all my favorites. My kids were shaking their heads and covering their ears as I tried to hit the high notes. I recorded her performance of the Star Spangled Banner on my DVR and watched it over and over, getting chills each time she got to "....and the rockets RED GLAAAAAAARE!!!"  I watched her funeral and cried right along with the mourners. I watched The Bodyguard, The Preacher's Wife, Waiting to Exhale and even the black Cinderella movie! I started throwing the WORST Side-Eyes at Bobby Brown! Whitney was THE VOICE. Who would step into her shoes? Fantasia? Brandy? I began to pray daily for Jennifer Hudson's well being. She was my only hope! 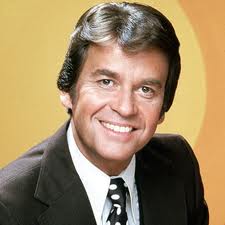 THIS WAS TOO MUCH!! While I was too young to remember very much about American Bandstand, I could not recall a single New Year's Eve that Dick wasn't with me. Who was going to pick up the torch? RYAN SEACREST? UGH!! 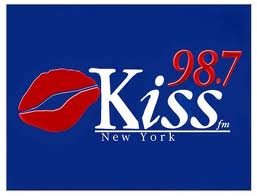 NYC's beloved radio station was the next on the chopping block. No more "Kissing...after dark". No more Michael Baisden in the afternoons. No more "Classic HipHop and Today's R&B"! I felt so sad, so abandoned. Now there would only be ONE station for people like me. WBLS was all that remained for those of us in the 30 and over demographic. KISS FM had been the soundtrack for my life. And now it was silenced forever. 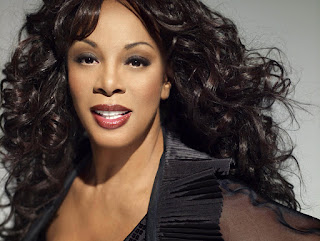 Today, Donna Summer passed away. I began to play her songs and was instantly a little girl again, singing into my hair brush, "Talking 'bout bad, bad girls..." I was right back in the good 'ole days again and it made me smile inside at the memories.

You know what? Maybe I am old. If "old" means longing for the good 'ole days of GOOD music with real lyrics, flowery, poetic words, and ORIGINAL BEATS, sign me up! If "old" means expecting that the artist I just paid $100+ to watch perform live will sound just like the CD, then somebody pass me my cane. If "old" means that I disapprove of women on TV who fight, curse, belittle and demean each other in one scene, then get disrespected by the men in their lives while they lie in bed with flawless makeup (can you say UNREALISTIC?) and accept it, then I need a subscription to AARP. If "old" means that I don't want to listen to a radio station where I hear "Same 5 Crappy Songs+Ignorant Immature Radio Personality" on repeat, then send me to the geriatric ward!

I miss the good 'ole days. The days when writers had careers in television because the shows were scripted and thought provoking. The days when I could listen to the radio in the car without having to change the station when I'm with small children because of nasty and explicit lyrics (the "bleeps" only alert the kids to fill in the blanks)! The days when the hottest videos featured black women dressed as Egyptian royalty or performing complicated dance routines instead of "dropping it low" and "spreading it wide". The days when HipHop artists rapped, "I Need Love" or "Hey Lover" or "Round the Way Girl, or "Tender Roni" or "All I Do is Think of You" or "Can We Talk" instead of "Move, Bitch!", "Shake Your Ass", "Say Aaaah", "Stupid Ho", or "Pull Over (That Ass is Too Fat)". The days when you could pay a few hard earned bucks for a concert ticket and get MORE than your money's worth! The days when producers and artists were creative and came up with original beats, lyrics, and images.

As I mourn Donna Summer today, I also long for the good ole days. The days when I was a young girl sitting in my bedroom window in the projects watching some guy walk down the block with his boombox blasting Lisa Lisa & Cult Jam; graffiti canvasing the scene while kids played double dutch and basketball; Soul Train on TV while my sisters and I formed our own Soul Train line in our bedroom; my mother blasting Donna Summer, Candi Staton, and Millie Jackson while she cleaned the house; my father watching Gil Noble on Like it Is and 60 Minutes on Sundays; the whole family gathering around to find out "Who shot J.R.?" on Dallas; being serenaded in high school by my boyfriend as he sang a New Edition song to me in the talent show; marveling as Michael Jackson showed us his moonwalk; trying desperately to mimic Janet Jackson's moves in the "Rhythm Nation" video. Those were the days!

Old? I'll be that! Somebody pass me my Geritol!
Posted by TracyBrown at 3:31 PM