Yesterday, I contacted an ex of mine to offer my support as he endures a personal hardship. I heard through the grapevine that something traumatic had occured, and so I reached out to him via telephone call. It was the first time that he and I had spoken verbally in months (occasionally he and I text each other to say hello or to extend holiday blessings). As the phone rang, I couldn't help recalling how I used to get butterflies at the very sound of his voice, how excited I would get to see his number on my Caller ID!

When he answered the phone, the familiar thrill I used to feel wasn't there. In fact, in its place was a feeling of...(dare I say it?)...RELIEF! When we first parted ways, I had been left with a dark cloud over me. I felt defeated, confused, frustrated and a ton of other emotions. But as his voice filled my ear on yesterday afternoon, I felt nothing but peace, calm, and gratitude that my former angst had been replaced by a feeling of complete contentment. As our conversation began, I asked for details of the traumatic event. He began to tell me the story, and I listened intently. His tone was very unemotional, very matter-of-fact as he coldly and flatly laid out the details of what occurred. As I uttered an occasional "Wow", "Damn", or "You're kidding!", he proceeded to lay blame for what took place at the feet of everyone EXCEPT himself. In fact, he painted a picture of himself as the angel and everyone else as demons. He even informed me of another recent problem he had encountered and, once again, explained how he was the saint while everyone else was the sinner in the situation.

I couldn't help noticing how unfeeling, how cold, and even cruel he sounded as he belittled and verbally trashed many members of his own immediate family and inner circle. As he spoke, I recalled our relationship - how NOTHING was ever his fault. If he lost money, it was never because of his own actions. If he was in trouble with the law, it was because someone else had messed up. If his own car broke down, it was because someone else had borrowed it a month prior and surely they had somehow been to blame for the break down. I used to make excuses for his behavior. I chalked it up to him being a perfectionist, told myself that this was his coping mechanism, that it was no big deal. A part of me even liked the fact that he was an asshole at times, that he wasn't friendly. It meant that I was special because he DID like me. It meant that he wouldn't be smiling up in some other chick's face because he wasn't the outgoing type. But, yesterday, as he spoke so condescendingly of the people closest to him, I realized how ugly his personality is, how unfortunate his character traits are, how arrogant he can be. And I realized that during our romance I had fooled myself into believing that it was really no big deal.

I think a lot of women are guilty of that. When we're in love, we make so many excuses for the men we love. If he's mean, we chalk it up to being overworked. If he's mercurial, we tell ourselves he's just spontaneous and exciting. If he's cheap, we call it "good with money". If he's immature, we call it "fun". If he's got no job, we are certain that it's not for lack of trying. And in extreme cases, if he's abusive either physically or emotionally we tell ourselves that he's just "overprotective" or "He just loves me so much that he can't control himself." This act of lying to ourselves is dangerous. And it causes us to fool ourselves into believing that we've got a good thing when we really only have the imitation of a good thing.

Years ago, when my marriage failed I thought that I had lost out on something. I felt like I was in mourning. I thought I had lost a husband, a father for my children, my future. But in retrospect I can see that wasn't the case at all. The TRUTH was that I had never had a real husband - one who was faithful and committed and sincere about our vows. So I wasn't really losing anything! While my children wouldn't have the luxury of living in the same home as both of their parents, they still had both of their parents. Yes, my future with him was over. But my future with myself was just beginning. At the time, I wasn't able to see it that way. I felt slighted. But looking back now I know for sure that if I had remained in that marriage I would not have the literary career that I have today. I would not have had many of the life experiences I've had since then. I would not have learned to embrace ME the way that I have over the years. I would not have been forced to confront the insecurities that plagued me and which were stopping me from being a dynamo in my own right, a force to be reckoned with all by myself!

In the years since then, my ex-husband and I have established a great co-parenting technique. Together, we have raised some very fantastic young people. We are wonderful parents together. But I can see so clearly now that he wasn't the man I was destined to spend the rest of my life with. I couldn't (or perhaps wouldn't) see that years ago. Just as with my most recent ex, I couldn't see how incompatible we were when I was in the relationship. I was an optimist, he was a pessimist. I was outgoing, he was unfriendly. I was forthcoming, he was secretive. He liked 'Pac, me - Big Poppa. He was singing "Hit 'em Up" while I was singing "Who Shot Ya?" *JayZ voice*  ~ Venus vs. Mars :)

Sometimes, we convince ourselves that something so crooked is actually straight. Especially women. Men tend to have clearly defined limits that they don't compromise on. If they like pretty feet, they will NOT date a woman with hammertime in her shoes. If they like long hair, they won't look twice at Amber Rose. If they want a woman with no kids, the OctoMom is not an option. But women constantly bend their expectations for their man of the moment. We find gray areas.

"I know I wanted a man who works out, and this guy is 400 pounds and can't walk without losing his breath. But he's so nice to me!"

"I know I said I wanted a guy who was financially secure, and this one lives with his mama. But that's only because his ex-wife took everything in their divorce."

And then when the relationship ends, we convince ourselves that we lost out. We lost a good man, a good relationship, the promise of a good future. But let's be honest with ourselves. If the situation was so good, it wouldn't have ended. Some things that we thought were good were actually no good for us at all. God works in mysterious ways. Have you ever run into an ex on the street and thanked the Lord that you walked away years ago? Ever hear through the grapevine that your ex was incarcerated, sued for child support, or caught up in some scandal? Ever see the guy you just adored in high school and realize that he has lost 85% of his teeth?!? While we weren't able to see what was on the horizon, God knew all along. Sometimes The Creator moves people out of our lives (not just lovers, but friends as well) so that He can make room for the ones He really wants to be there - those who will lift us higher and help us reach our highest potential. In His divine wisdom, God knows who is in our lives for a season versus those He places there for an eternity.

I'm learning not to question it when people head for the exit door in my life - especially if they chose to leave of their own volition. As long as my conscience is clear and I belive that I have done them no harm...Good riddance! Kick rocks! Deuces! I trust that God is going to remove the weeds and replace them with an abundant garden full of all my favorite colors and scents, because He know what's best for me.

As the seasons change and the exit door in your own life swings open and closed, don't sweat it. In fact, rejoice in it. Give yourself some time - months, years - and then look back. I bet you'll be glad it ended when it did, and that you're happier than you thought you'd be. Life goes on. Live it to the fullest! 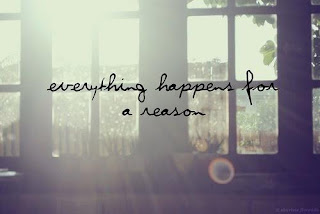 Posted by TracyBrown at 3:07 PM